On the covers of her previous two albums, Carly was pictured within carefully composed settings. By contrast, the image on the cover of No Secrets could almost be a paparazzi shot. It is much more immediate, engaging, and informal than its predecessors. Her clothes are crucial to this effect: the handbag over the shoulder, the velour jeans, floppy hat, and loose jersey are as casual as her glance. She is caught in mid-stride, and, with a light breeze blowing and her nipples showing through her top, it is as though we have just bumped into her on the street. 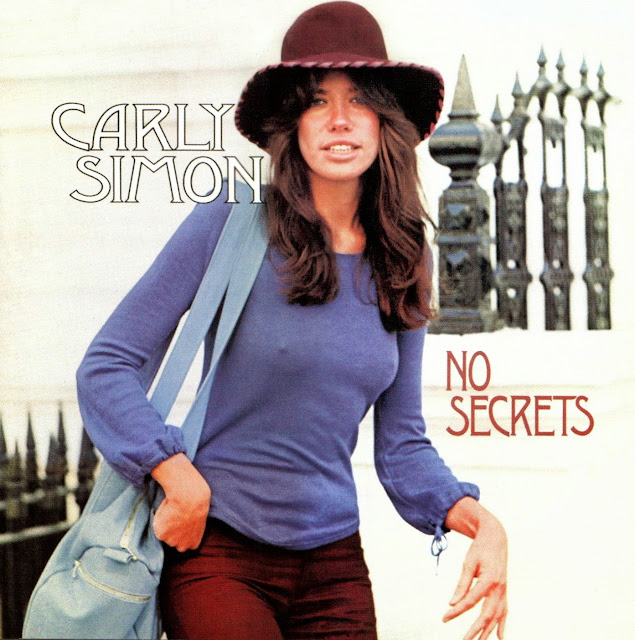 Of course, not everyone we bump into in the street is so finely formed, so arresting. Hence, the captivating effect of this album cover. It offers an image many women would aspire to: youthful, confident, and chic without any stuffiness or contrivance.  Men are also captivated, and for obvious reasons. Indeed, the cover instantly became reknown: six years later, a Rolling Stone reporter based a lengthy profile of Carly around his fascination with this image, and he scarcely had to explain it to his readers. Yet for all the lusty comments, there is another aspect of the image that might have been reassuring for both men and women in the 1970s. It suggests that feminism - and not wearing a bra in 1972 was a clear feminist statement - could be sexy and stylish. It could represent something more than political rhetoric.

The photographer was Ed Caraeff, and the session took place in London while she recorded No Secrets at Trident Studios in Soho. As the other photographs (below) demonstrate, they went through a number of settings and changes of clothes, some of which nodded to the album's first single by featuring a hat that could be strategically dipped below one eye and a scarf that was apricot. At the end of the session, however, Caraeff was not convinced that he had finished the job. Hence, he followed her as she returned to the Portobello Hotel, on Stanley Gardens in Notting Hill, and he continued snapping on the street. It was this impromptu session, unplanned and late in the day, that ultimately yielded the album's cover shot. 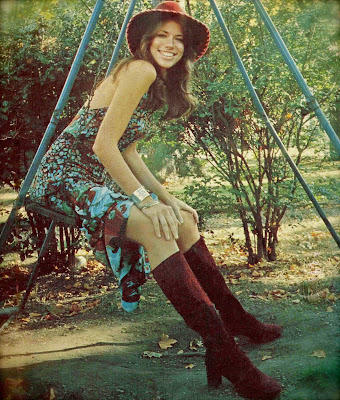 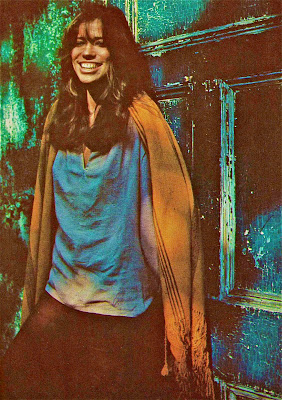 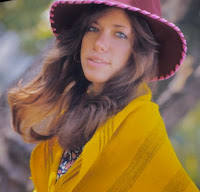 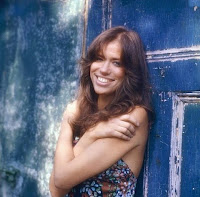 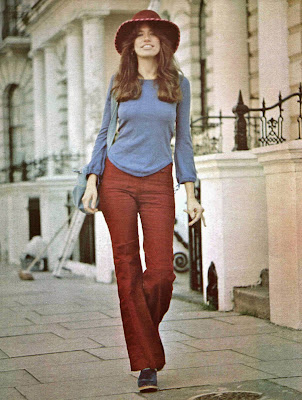 The papparazi style of the cover proved to be a perfect match for the album's title. It was No Secrets that set in motion the mystery of the subject of "You're So Vain".  Carly looks appropriately glamorous (for a woman involved with that song's jet-set playboy) and only the delicate way in which she holds her left hand suggests the refinement of her wealthy family background. At the same time, though, the candid nature of the photograph, her everyday clothing and the visibility of her nipples suggest that there is no snobbery or exclusivity at work here. There are no barriers, and - as the album title promises - there are no secrets between artist and audience. The distinctively spiky balustrading in the background may serve as a reminder of the exclusivity of class and celebrity, but it represents no real obstacle to the viewer. We will be allowed access, metaphorically speaking, to the other side of these elegant railings.

Of course, "You're So Vain" does not actually reveal all. It is a marvellously convoluted puzzle, with a chorus (You're so vain/ I bet you think this song is about you) that goes in circles, and lyrics that are filled with references that sound like clues but actually are some of the most intriguing red herrings ever put to music: the apricot scarf, the gavotte, the cloud-filled coffee, and the total eclipse of the sun in Nova Scotia. The tension here, between revelation and concealment, is perfectly captured in the cover photograph, which reveals so much, so discreetly.

There is much more to the album than its stellar, centerpiece song. The theme throughout is confessional but the other songs are more direct in their allusions. The album's opening lines - There's nothing you can do to turn me away/nothing anyone can say from "The Right Thing To Do" - set the scene for confidences that are as warm and open as they are studied and thoughtful. Her hushed delivery of the first lines of "Embrace Me You Child" (At night in bed I heard god whisper lullabies/while Daddy next door whistled whiskey tunes) brings this scene to vivid life. The admission in "The Carter Family" - And now at night I think of you, and the way that you undressed/and I find that I miss you more than I'd ever guessed - sets the stage for what immediately follows: "You're So Vain" and its frank recollection that You had me several years ago/when I was still quite naive. Another confession is made in the title song, where the singer admits to her lover that, as desirable as it is that We have no secrets/we tell each other everything, she finds that his revelations can be deeply unsettling. Sometimes I wish that I never, never knew/some of those secrets of yours are the song's closing lines, and her voice gets ever lower and darker as she sings them.
The songs on No Secrets are as autobiographical as popular music can be: disarmingly personal and yet infectiously melodious. The album's success marked the apex of the singer-songwriter movement, and also the moment it was infused with glamour, sex appeal and intelligence. The cover played a key role in this. As she walks down the street, Carly Simon looks effortlessly chic and ready to confide everything, or, as the song "No Secrets" puts it, in a final, off-the-cuff coda, almost everything. 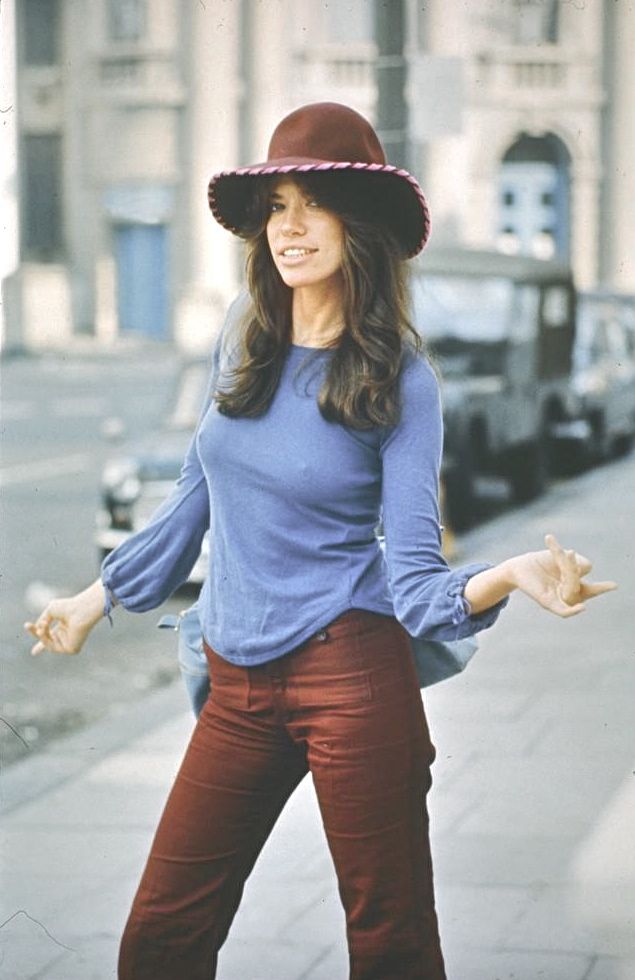 The Ten Most Popular Posts